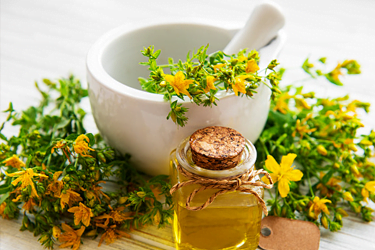 If you’re looking for healthy alternatives to the mainstream remedies that so many people lead today, enzyme therapy is one solution worth taking notice of.

Over the last 200 years there have been a number of developments and discoveries which have shaped today’s level of knowledge concerning enzymes. For example, they were first used in even the most primitive forms, such as during beer-making or wine production. However, nowadays we use enzymes consciously to perform specific purposes. They have fallen into oblivion at certain periods of time; but now there are active bio-technological industries based around using enzymes to create everything from industrial products like sweeteners and antibiotics.

The ancient Egyptians, Greeks, Arabs, and indigenous peoples of Africa, Asia, Australia and America used the sap from the fig tree, the pulp of the papaya fruit or fresh pineapple for wound dressings in order to heal open ulcers or injuries better and faster.

People have experimented with natural remedies for a long time now. Since the early days of humanity, people have been using herbs and plants to heal broken bones or skin ulcers. Even the Bible reports about King Hezekiah’s health improvement by using a fig plaster. The expression “chemist” comes from the word “chymia”, which is Latin for “casting”. Around 1700, alchemists started mixing elements in order to make an elixir that would help people transform from one state to another, like turning sand into gold.

In the 18th century, René Réamur, a French natural scientist, demonstrated with the help of Italian priest Lazzaro Spallanzani that food is not mechanically ground in a predatory bird’s stomach but it is rather decomposed by means of a substance found in the gastric juices. One such experiment involved feeding a predatory bird a perforated metal capsule filled with meat content. As the bird regurgitated the capsule, it was empty. In another experiment, meat was left alone for six days in a room; it decomposed and turned putrid. Afterwards, half an hour of dripping gastric juices on the meat resulted in its decomposition into water and gas.

In 1836, the German scientist Theodor Schwann, found the substance in gastric juices that easily split and dissolved protein, he named this substance pepsin.

In 1837, Swedish chemist Jöns Jacob Berzelius first considered a theory that this substance and /or substances were biocatalysts.

Around 1900, Scottish physician John Beard achieved moderate success in the treatment of cancer patients by applying aqueous extract from the fresh pancreas of piglets and lambs. This aqueous extract promoted specific dissolution of inhibitory substances.

In the 1930s, Austrian scientists, Ernst Freund and Gisa Kaminer, observed how cancer cells kept in vitro (in a test tube) dissolved if the serum of healthy blood donors was added to their culture medium. This resulted in what is known as “The Freund-Kaminer reaction”, the observed process is attributable to an inhibitor in the blood of cancer patients that prevents healthy blood cells from producing essential growth factors to dissolve cancer cell inhibitors which leads to cancer proliferation (tumor growth).

Despite some setbacks,  Enzymes Therapy gradually became scientifically recognized as a treatment.

Today, enzymes are being harnessed into a form of nonconventional medicine, which is still sometimes viewed as controversial due to its recent reappearance on the radar.